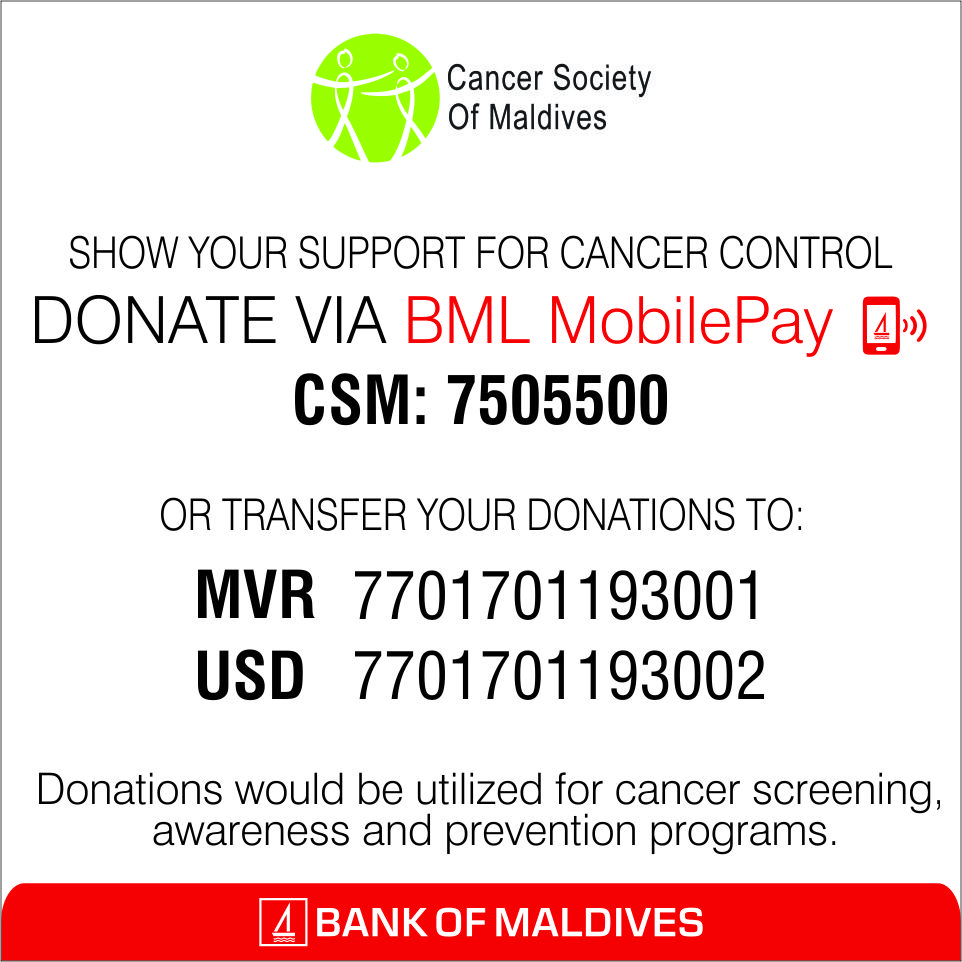 Cancer is a class of diseases characterized by out-of-control cell growth. There are over 100 different types of cancer, and each is classified by the type of cell that is initially affected. Cancer harms the body when damaged cells divide uncontrollably to form lumps or masses of tissue called tumors (except in the case of leukemia where cancer prohibits normal blood function by abnormal cell division in the blood stream). Tumors can grow and interfere with the digestive, nervous, and circulatory systems, and they can release hormones that alter body function. Tumors that stay in one spot and demonstrate limited growth are generally considered to be benign. More dangerous, or malignant, tumors form when two things occur:

1. A cancerous cell manages to move throughout the body using the blood or lymph systems, destroying healthy tissue in a process called invasion

2. That cell manages to divide and grow, making new blood vessels to feed itself in a process called angiogenesis.

When a tumor successfully spreads to other parts of the body and grows, invading and destroying other healthy tissues, it is said to have metastasized. This process itself is called metastasis, and the result is a serious condition that is very difficult to treat. How cancer spreads – scientists reported in Nature Communications (October 2012 issue) that they have discovered an important clue as to why cancer cells spread. It has something to do with their adhesion (stickiness) properties. Certain molecular interactions between cells and the scaffolding that holds them in place (extracellular matrix) cause them to become unstuck at the original tumor site, they become dislodged, move on and then reattach themselves at a new site. The researchers say this discovery is important because cancer mortality is mainly due to metastatic tumors, those that grow from cells that have traveled from their original site to another part of the body. Only 10% of cancer deaths are caused by the primary tumors.

Cancer is a complex group of diseases with many possible causes. In this section you can learn more about the known causes of cancer, including genetic factors; lifestyle factors such as tobacco use, diet, and physical activity; certain types of infections; and environmental exposures to different types of chemicals and radiation.


How is cancer diagnosed and staged?

Early detection of cancer can greatly improve the odds of successful treatment and survival. Physicians use information from symptoms and several other procedures to diagnose cancer. Imaging techniques such as X-rays, CT scans, MRI scans, PET scans, and ultrasound scans are used regularly in order to detect where a tumor is located and what organs may be affected by it. Doctors may also conduct an endoscopy, which is a procedure that uses a thin tube with a camera and light at one end, to look for abnormalities inside the body.

Extracting cancer cells and looking at them under a microscope is the only absolute way to diagnose cancer. This procedure is called a biopsy. Other types of molecular diagnostic tests are frequently employed as well. Physicians will analyze your body’s sugars, fats, proteins, and DNA at the molecular level. For example, cancerous prostate cells release a higher level of a chemical called PSA (prostate-specific antigen) into the bloodstream that can be detected by a blood test. Molecular diagnostics, biopsies, and imaging techniques are all used together to diagnose cancer.

Cancer treatment depends on the type of cancer, the stage of the cancer (how much it has spread), age, health status, and additional personal characteristics. There is no single treatment for cancer, and patients often receive a combination of therapies and palliative care. Treatments usually fall into one of the following categories: surgery, radiation, chemotherapy, immunotherapy, hormone therapy, or gene therapy.

Surgery is the oldest known treatment for cancer. If a cancer has not metastasized, it is possible to completely cure a patient by surgically removing the cancer from the body. This is often seen in the removal of the prostate or a breast or testicle. After the disease has spread, however, it is nearly impossible to remove all of the cancer cells. Surgery may also be instrumental in helping to control symptoms such as bowel obstruction or spinal cord compression.

Radiation treatment, also known as radiotherapy, destroys cancer by focusing high-energy rays on the cancer cells. This causes damage to the molecules that make up the cancer cells and leads them to commit suicide. Radiotherapy utilizes high-energy gamma-rays that are emitted from metals such as radium or high-energy x-rays that are created in a special machine. Early radiation treatments caused severe side-effects because the energy beams would damage normal, healthy tissue, but technologies have improved so that beams can be more accurately targeted. Radiotherapy is used as a standalone treatment to shrink a tumor or destroy cancer cells (including those associated with leukemia and lymphoma), and it is also used in combination with other cancer treatments.

Chemotherapy utilizes chemicals that interfere with the cell division process – damaging proteins or DNA – so that cancer cells will commit suicide. These treatments target any rapidly dividing cells (not necessarily just cancer cells), but normal cells usually can recover from any chemical-induced damage while cancer cells cannot. Chemotherapy is generally used to treat cancer that has spread or metastasized because the medicines travel throughout the entire body. It is a necessary treatment for some forms of leukemia and lymphoma. Chemotherapy treatment occurs in cycles so the body has time to heal between doses. However, there are still common side effects such as hair loss, nausea, fatigue, and vomiting. Combination therapies often include multiple types of chemotherapy or chemotherapy combined with other treatment options.

Immunotherapy aims to get the body’s immune system to fight the tumor. Local immunotherapy injects a treatment into an affected area, for example, to cause inflammation that causes a tumor to shrink. Systemic immunotherapy treats the whole body by administering an agent such as the protein interferon alpha that can shrink tumors. Immunotherapy can also be considered non-specific if it improves cancer-fighting abilities by stimulating the entire immune system, and it can be considered targeted if the treatment specifically tells the immune system to destroy cancer cells. These therapies are relatively young, but researchers have had success with treatments that introduce antibodies to the body that inhibit the growth of breast cancer cells. Bone marrow transplantation (hematopoetic stem cell transplantation) can also be considered immunotherapy because the donor’s immune cells will often attack the tumor or cancer cells that are present in the host.

Several cancers have been linked to some types of hormones, most notably breast and prostate cancer. Hormone therapy is designed to alter hormone production in the body so that cancer cells stop growing or are killed completely. Breast cancer hormone therapies often focus on reducing estrogen levels (a common drug for this is tamoxifen) and prostate cancer hormone therapies often focus on reducing testosterone levels. In addition, some leukemia and lymphoma cases can be treated with the hormone cortisone.

The goal of gene therapy is to replace damaged genes with ones that work to address a root cause of cancer: damage to DNA. For example, researchers are trying to replace the damaged gene that signals cells to stop dividing (the p53 gene) with a copy of a working gene. Other gene-based therapies focus on further damaging cancer cell DNA to the point where the cell commits suicide. Gene therapy is a very young field and has not yet resulted in any successful treatments.


How can Cancer be prevented?

Cancers that are closely linked to certain behaviors are the easiest to prevent. For example, choosing not to smoke tobacco or drink alcohol significantly lower the risk of several types of cancer – most notably lung, throat, mouth, and liver cancer. Even if you are a current tobacco user, quitting can still greatly reduce your chances of getting cancer.

Skin cancer can be prevented by staying in the shade, protecting yourself with a hat and shirt when in the sun, and using sunscreen. Diet is also an important part of cancer prevention since what we eat has been linked to the disease. Physicians recommend diets that are low in fat and rich in fresh fruits and vegetables and whole grains.

Certain vaccinations have been associated with the prevention of some cancers. For example, many women receive a vaccination for the human papillomavirus because of the virus’s relationship with cervical cancer. Hepatitis B vaccines prevent the hepatitis B virus, which can cause liver cancer.

Some cancer prevention is based on systematic screening in order to detect small irregularities or tumors as early as possible even if there are no clear symptoms present. Breast self-examination, mammograms, testicular self-examination, and Pap smears are common screening methods for various cancers.

If you or someone you care about has been diagnosed with cancer, you probably have many questions and concerns. Cancer Society of Maldives is here to help. We offer support and information for people living with cancer, their caregivers, family and friends.

Help with everyday needs that come with fighting cancer.

Become aware of what assistance is available to cancer patients and their families.